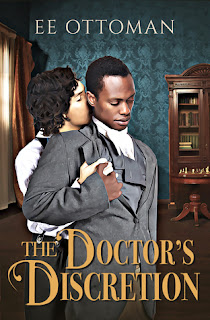 My selection for our monthly book club is The Doctor's Discretion by E.E. Ottoman, a book I was very excited to read because of the raves it had been receiving in historical romance circles. I'll open with some of my own thoughts, and then the floor is yours. Please feel free to comment! I think this one will inspire a lot of discussion. Some of my fellow Cheesemongers will be contributing their thoughts in the comments as the weekend goes by.

This LGBTQ historical romance is the story of not one, but two doctors, William and Augustus, who meet cute when they are both hired to inventory the collection of medical texts left behind by a recently deceased doctor. William has a great deal of experience with going through estate collections because he is African-American and has had difficulty finding a permanent position in 1831 New York. Augustus works at the infamous New York Hospital (think The Knick, around 70 years earlier) under the tyranny of his superior Cooke and fear that he will be outed as a trans man.

The plot thickens when another trans man, Moss, is imprisoned at New York Hospital in Doctor Cooke's custody. Augustus, knowing all too well what kind of horrors this man will be subjected to, plots to liberate him, and enlists William's help to do so. The two become embroiled in far more than just an escape plot in the process.

I found William and Augustus to both be very compelling, sympathetic characters. One of the highlights of the book for me was how their two individual life experiences make them compassionate towards each other. The life of an African-American man at that time did differ from that of a trans man in the details, but both suffered because of oppression and prejudice, which sowed a more fertile ground for understanding between them and, eventually, love. Augustus' background I thought especially surprising and well done. Both men are well-developed and I came to really root for them.

I also admired the spareness and clarity of Mr. Ottoman's prose. With historicals, sometimes things can get a little flowery (soooo guilty), but here the period details were described with subtlety. There was a lived-in quality without sacrificing mystery to the library, their respective apartments, and the hospital scenes. For instance:

The only sound in the room was the wood shifting and settling in the fireplace and the scratch of two pens. Every once in a while a chair would scrape as one of the other of them stood with an armful of book and went back to the shelves to return them and get more.

Mr. Ottoman moderates a historical research-focused Facebook page, so it didn't surprise me that the novel was extremely well-researched. But his writing really made those details come to life, and the book never felt weighed down by information. If anything, these details helped mold the characters, their backstories, even their romance, and they also added to their mystery. One of the joys of the book for me was discovering these little unknown aspects of history, almost to the point where I wish they each had a book of their own. I could have read an entire novel set in Doctor Russell's library, for instance, or in New York Hospital, or other locations I won't spoil.

But there was an aspect to the book that kept it from being more than just enjoyable for me, and that was in the plotting. (I'll continue without spoilers, but we might get into some in the comments, so I'll ask those going into that territory to please clearly mark that portion of your comments. Thanks.)

The first 2/3rds are well-balanced in terms of tension, especially the plot to free Moss from the hospital. The stakes are extremely high, since failure means not just ruin, but much worse, for everyone involved. But then the tension just... deflates. A major reveal doesn't work the way it should--it leaks action from the narrative instead of intensifying it. Just when things should be revving up, the ending seems like a foregone conclusion and there is a bit of treading water. For me, it was still interesting to learn more about the characters and their lives, but the reveal and everything after robbed the book of a climax.

I would still recommend The Doctor's Discretion to histrom lovers. William and Augustus are wonderful characters with backstories we don't read about enough. I love the representation, I loved the romance... but I wanted to love some aspects of the novel a little more.

Now, over to you! 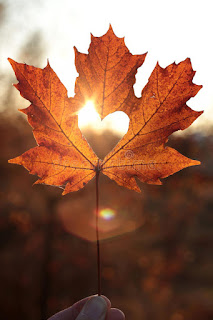